Back to School with the coolest backpacks pick a Madpax 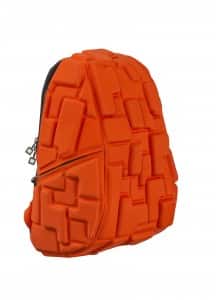 As many just started heading back to school many still are just getting out to start shopping… I know I’m still waiting on lists of items to buy.  Well you might have heard about these spike backpacks or the cool bubble ones yup those are two of the trendiest back packs of the last two to three years… but this year its all about the blok.

Blok looks like a tetris collection of geodesic shapes…. its amazing for anyone who played tetris as much as I did to have a child wearing that to school.

Lets also talk about the backpacks with spikes there are two different versions the Later Gator and Spiketus Rex.  Just as cool as a koopa trooper from back in the day.

Finally there is bubbles – it looks great with half formed spheres all around the bag.

Whichever bag you pick out you cant go wrong the colors are vivid which looks awesome. Plus there is three sizes mini which is great for those in pre-k. The Half pack which is awesome for those in Kindergarten and that need to carry a change of clothes for afterschool classes. Beyond that there is the full size bag which is really meant for anyone and any size.

You can find these backpacks at a local cool store or online at madpax.com