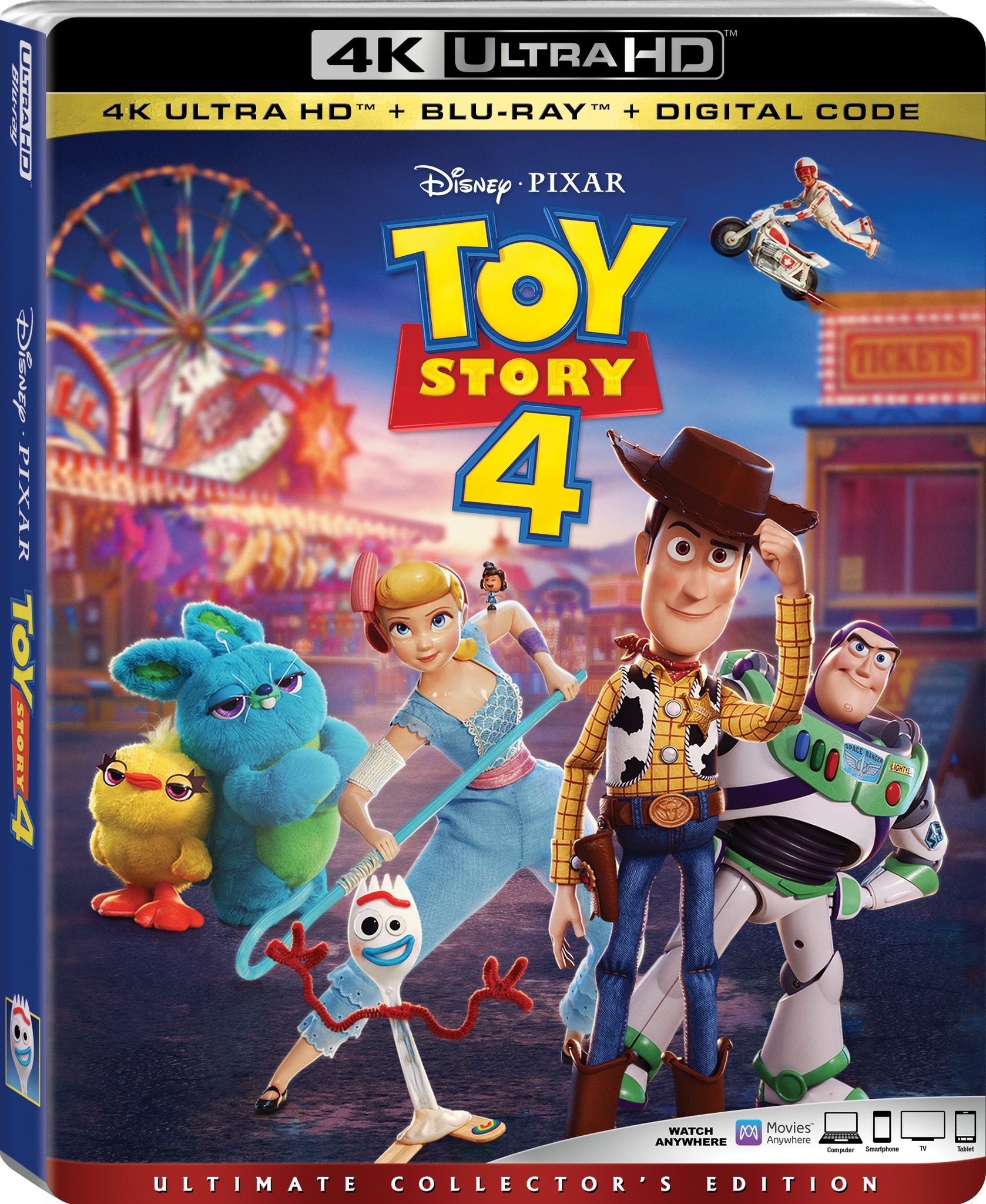 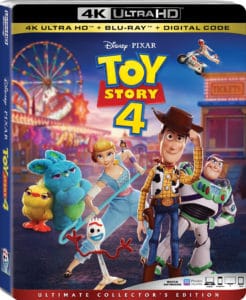 The World’s Favorite Toys Are Back!

In “Toy Story 4,” Woody (voice of Tom Hanks) has always been confident about his place in the world, and that his priority is taking care of his kid, whether that’s Andy or Bonnie. So,when Bonnie’s beloved new craft-project-turned-toy Forky (voice of Tony Hale) calls himself “trash,” Woody decides to teach Forky how to embrace being a toy. But a road-trip adventure, including an unexpected reunion with his long-lost friend Bo Peep (voice of Annie Potts), shows Woody how big the world can be for a toy.In addition, carnival prizes Ducky (voice of Keegan-Michael Key)and Bunny (voice of Jordan Peele)bring a new level of fun to the film.

Fans who bring home “Toy Story 4” will be treated to over an hour of bonus features celebrating the film’s iconic characters, Pixar’s film making team and the legacy of “Toy Story,” which began as the world’s first fully computer-animated feature film released nearly 25 years ago. Extensive extras includes deleted scenes such as an alternate ending.

And for those that are carving pumpkins – we’ve got a special Forky cut out template. 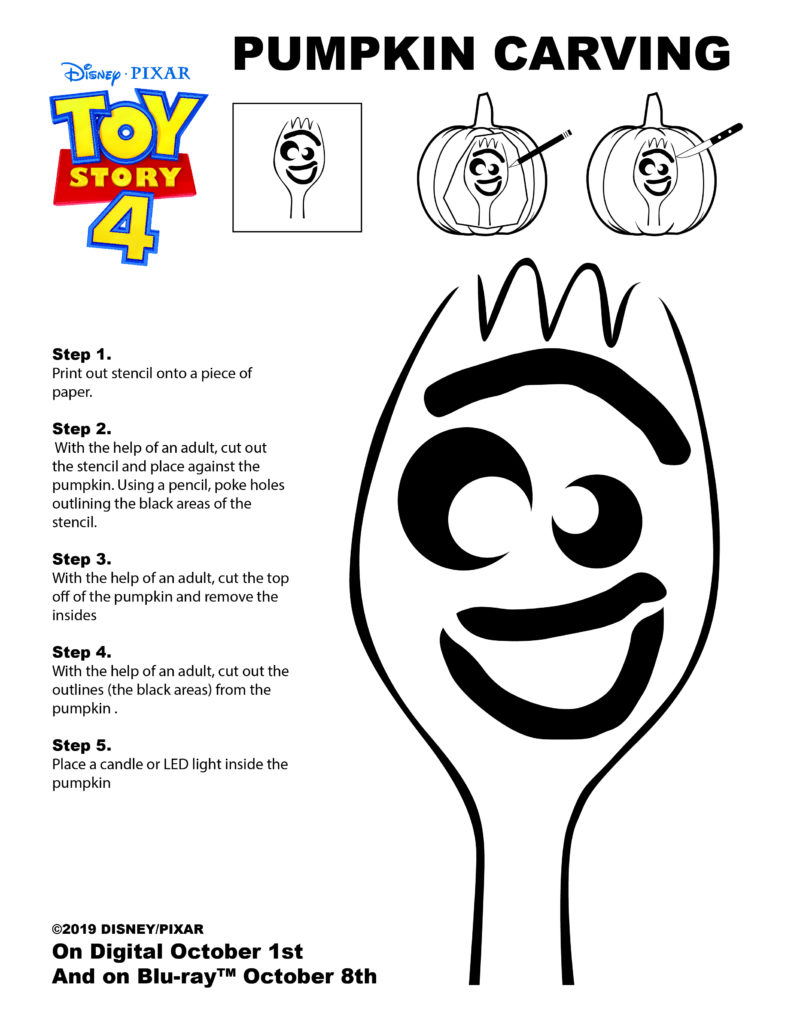