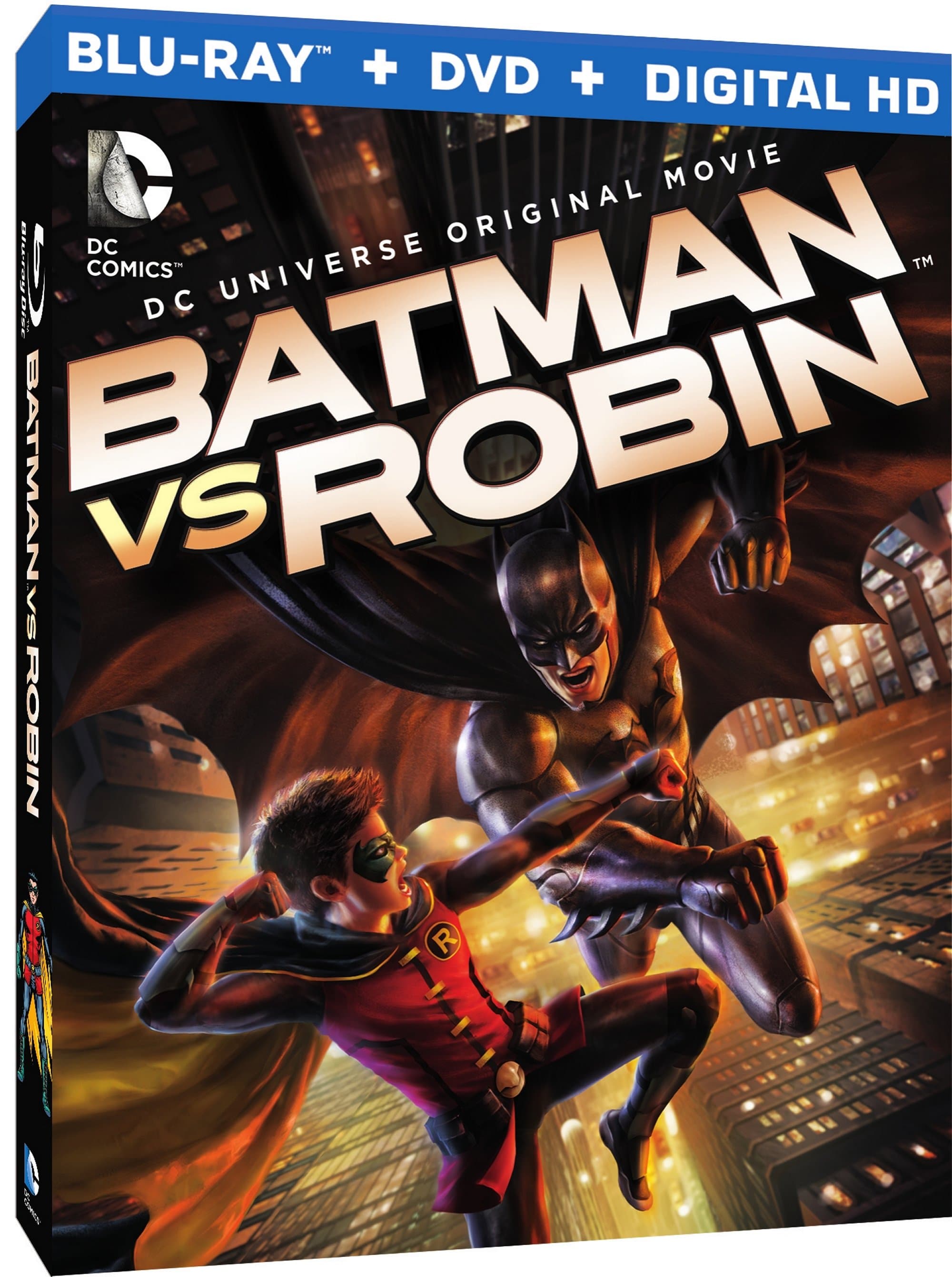 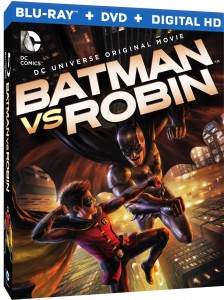 The world is turned upside down when one of the world’s greatest super heroes – Batman – finds himself under attack by his own son in the newest DC Universe Original Movie – Batman vs. Robin. This all-new original film arrives April 14, 2015 from Warner Bros. Home Entertainment on Blu-Ray™ Deluxe Edition, Blu-Ray™ Combo Pack, DVD and Digital HD. The brand-new product offering, Blu-ray™ Deluxe Edition, will include the Blu-Ray™ Combo Pack, along with a Batman figurine in a gift set.

The shadows of Gotham City are no place for a child but Damian Wayne is no ordinary child. Now bearing the mantle of Robin, he blazes a headstrong and sometimes reckless trail alongside his father, Batman. While investigating a crime scene, Robin encounters a mysterious figure, Talon, who leads him on a life-altering course through the depths of Gotham’s secret society, known as The Court of Owls. It’s a dangerous journey that will force Batman and Robin to face their most dangerous adversary, each other! Based on the #1 best-selling graphic novel, Batman: The Court of Owls, this action-packed caper is one that fans won’t want to miss!

Batman vs. Robin will be available for streaming and download to watch anywhere in high definition and standard definition on their favorite devices from select digital retailers including Amazon, CinemaNow, Flixster, iTunes, PlayStation, Target Ticket, Vudu, Xbox and others. Starting April 14, Batman vs. Robin will also be available digitally on Video On Demand services from cable and satellite providers, and on select gaming consoles.