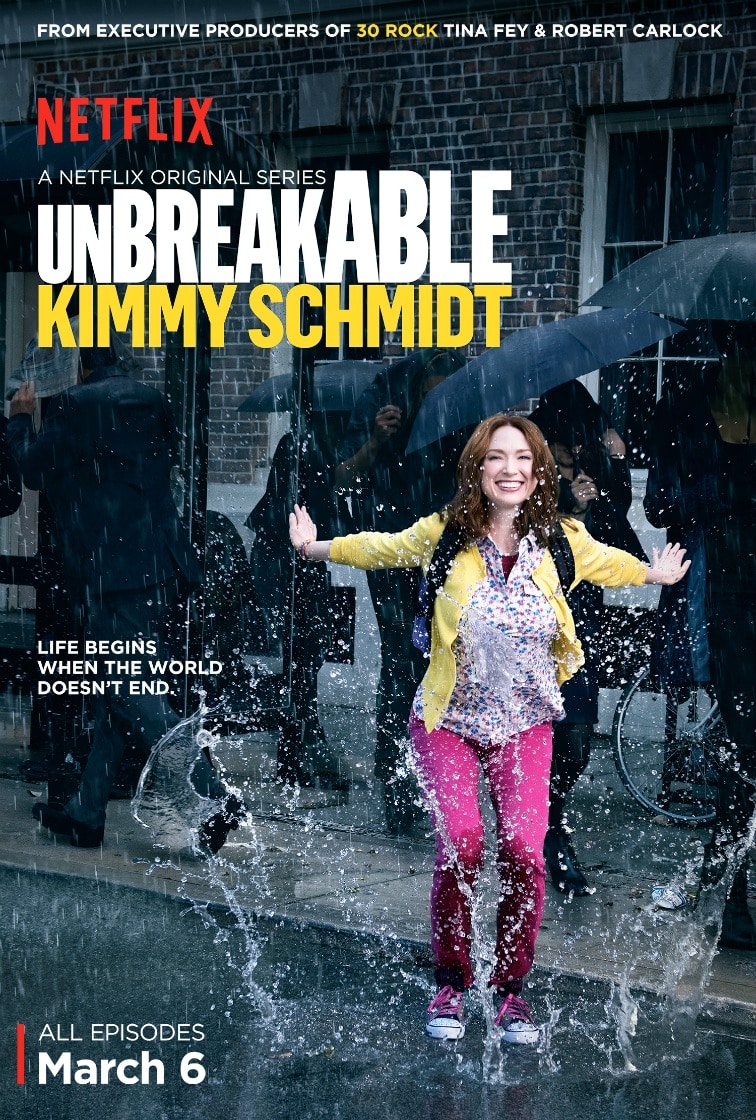 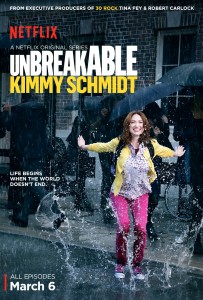 Kimmy Schmidt (Ellie Kemper from “The Office” and “Bridesmaids”) is a woman who is freed after spending the past 15 years in an underground bunker as part of a Doomsday cult. She decides to start her life over in New York City as a nanny for a socialite (Jane Krakowski from “30 Rock”). Armed with just a backpack, light-up sneakers and a couple of past-due library books, she takes on a world she didn’t think even existed anymore.

What could go wrong?!

Well I feel in a lot of ways becoming a dad for the first time is light that well without the lightup shoes (but those would be cool – so if anyone gets a size 16 Nike Back to the Future shoe this year I want them!)… but my wife gave birth and there I was craddling my child for the first time – looking at a world I didnt know to exist for the first time… the world of being a dad.. they did give us a nice little backpack filled with goodies and samples and enough photocopies to kill a tree but those were some nice tip sheets… like never shake a baby.

While we might not wait 15 years — I think its more like 18 years after your last child is born to really come out of the bunker of parenthood. This is a nice couple of laughs along the way.