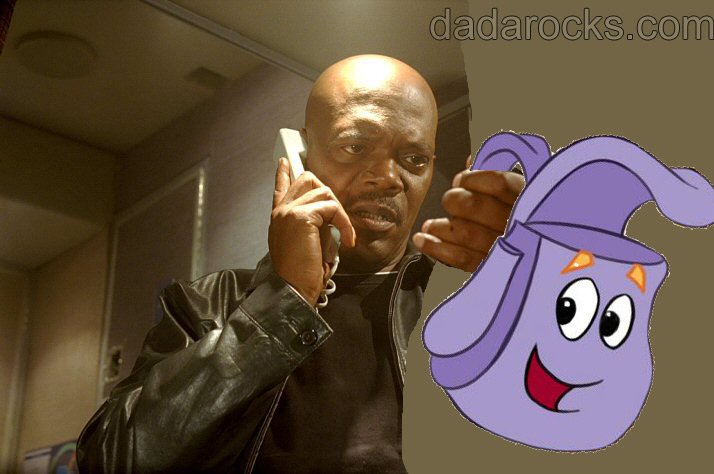 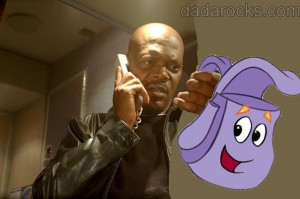 What do I do with a purple cartoon backpack?!

For the better part of the last two weeks we’ve been traveling at some point or another. Its been pretty clear that worst part of traveling as a family is getting in long plane rides. There is limited ways around this, you could drug your kids (I think most of us wish that was cool but its usually not!), have a short enough flight were it feels like a car ride – like a hopper flight from NYC to Rochester, you can pack up a sweet to go back for a kiddo with games, books and TV/DVDs in our case it was an iPad loaded with dozens of his favorite shows.  Still that wasnt enough to stop the dreaded Toddler on the Plane… I honestly felt for the kids in front of us – thankfully their father had the foresight to place his two teenage sons where he was supposed to be siting (I really was holding in the laughter at the scene where he explained to them why he needed to sit with their sister).  In the end I’m sure those kids where saying lines that only Samuel L Jackson could truly pull off.

So if there is a movie producer out there looking for sequel to Airplane with some spicy Samuel L Jackson lines give me a call 😛 cause seriously don’t we all love that screaming baby on a plane (just sucks when its your kid who’s doing the screaming).

On the bright side for those who think we do a lot of traveling Marc is about to turn 2 in August which means we need to purchase a seat for him to fly with us…  I highly doubt we’ll be doing as much traveling with him when he costs us another 300-400 dollars to get some place. I’ll apologize now to all grandmothers and great grandmothers and great grandfathers because this will limit our traveling plans (ALOT).

Traveling with a baby or toddler is rough as we had to fly with a car seat, a stroller, and a bag full of diapers/wipes/milk bottles and dozens of other things you NEED to have… add the extra clothes that need to be split between the two check bags and now we’re also pushing bag weight limits. This really reminds me of all those National Lampoons Vacation movies or maybe the home alone where they wake up late for the flight and need to rush out of their home forgetting one thing or another (child). Really its how it is – STRESS to a different level between needing to take your child’s shoes off at security or have them test the milk it really could make one snap – add a screaming toddler for long periods of time maybe that’s why MamaDrinks and DadsGoneFishing could be such popular sites or topics.