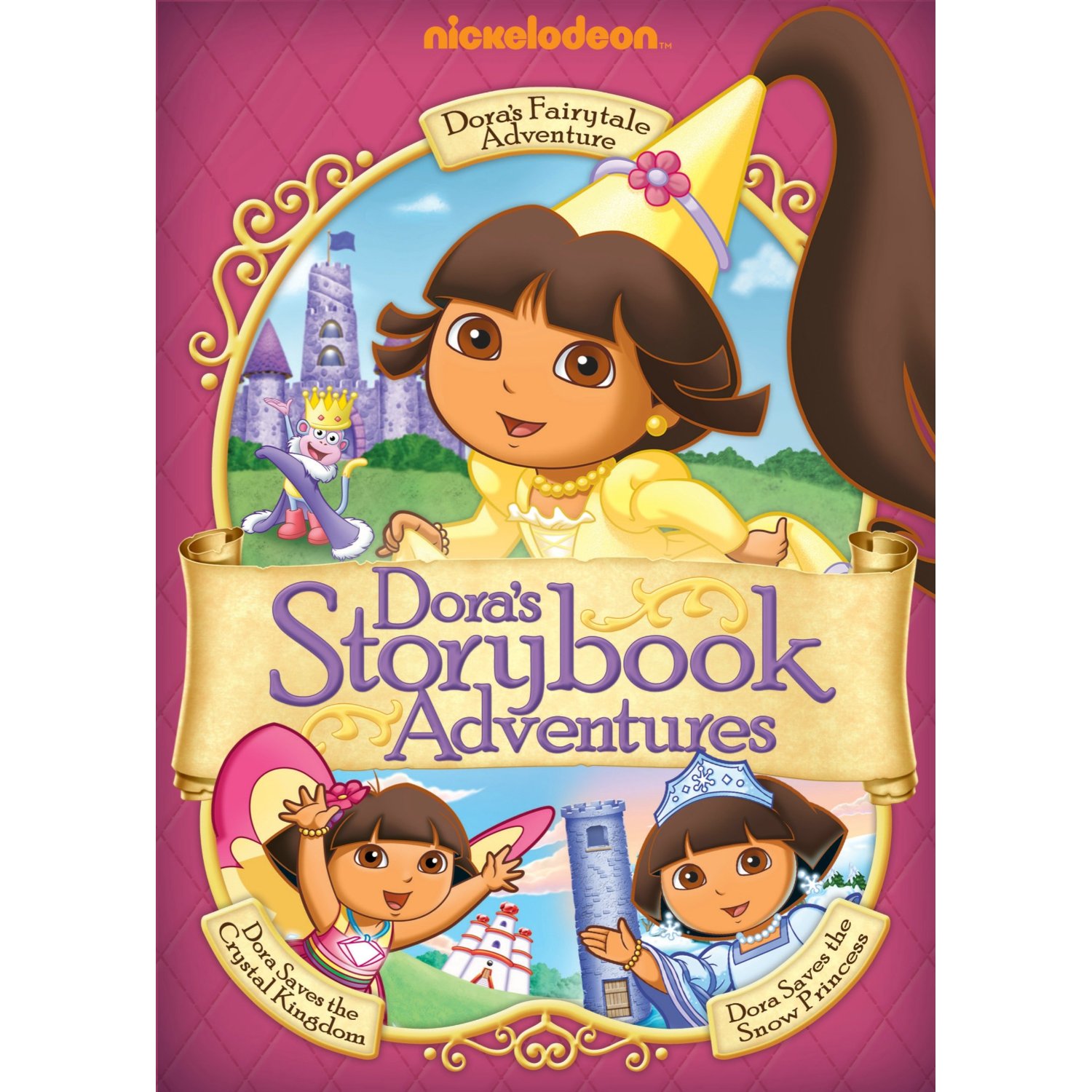 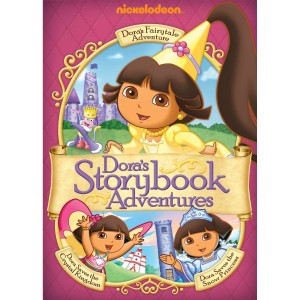 Abuela gives Dora a special star pocket to catch explorer stars, and Dora sets out to become a star catcher!  With Boots’ help, she soon catches her first explorer star but Swiper swipes the star pocket and ties it to a balloon that floats all the way up to cloud castle.

Dora and Boots find a magic stick and according to the wise old tree frog, it’s up to them to go to the top of the highest hill to make the stick do its magic trick.

Dora, Boots and the Snowflake Fairy are off to save La Princessa Sabrina and her snowy forest from a mean witch who has locked her in a tower and taken away her magic snow crystal.

Dora’s twin brother and sister have been sick and Dora wants to buy them a present to cheer them up.  She finds a Jack-in-the-Box but it’s been so long since Jack’s been played, the little clown doesn’t know he’s supposed to pop out when the song says, “Pop goes the weasel!”

Everyone is getting ready for the big Twins Day Party at Play Park.  Dora even has a surprise for her puppy, Perrito.  He has a twin too – a long-lost puppy brother he hasn’t seen since they were babies.

A greedy king has stolen the crystals that give Allie’s kingdom color and Dora and Boots must help Allie locate the crystals and turn the pale gray kingdom back into a colorful wonderland before it’s too late.  Along the way, the trio gain help from a British knight, a giant caterpillar and a magician who give Dora three gifts – a shield, butterfly wings and a magic wand – to aid in her journey.  Using these presents, Dora attempts to defeat the greedy king and restore color to the kingdom.

Boots and Tico are really excited because it’s their first day of school ever.  In their new school, they’ll learn in English and Spanish!  Dora leads the way, teaching Boots Spanish and Tico English as they head out to school.

Dora and Boots are at an amusement park where they have a special wishing machine. Boots makes a wish for bananas and suddenly a bunch fall down on Boots.  He’s so happy but soon realizes that the bananas don’t stop coming.

Nothing is better then getting 3 discs full of Dora for your kids at what most movies cost, they’re great as gifts since its a 3 dvds packaged together.  The stories in this box set arent new but they’re also really not in the dora replay loop on TV. So for those Dora fans just double check to make sure you dont own the single DVDs for those just getting started – its a wonderful buy!

How to win it… Contest ends 11:59pm EST. September 21st, 2011.
2 Lucky people will win the Dora DVD Box set! Tell us your favorite character on Dora is and please include some method for us to contact you in the comment (twitter or email).

You get 1 extra entry for tweeting about this contest (you can do this daily). Must contain the following information: @NickelodeonDVD @dadarocks – http://dad.tc/plgnfD and you must also comment with the link to your twitter message.